Once there was a little girl, she was small for her age but was always smiling. She had no friends her own age and spent a lot of her time alone. Not that she minded, because she had one love – to draw and tell stories.

Over time though she found that although she could tell people stories she had trouble writing them down. People ummed and ahhed. They told her parents that she ‘tried hard’ but was unable to keep up. Her parents refused to give up though and the little girl was able to finish school. She would tell people she wanted to tell stories but they told her that wasn’t possible, but it was okay because she could draw.

So many people said it that the little girl began to hate drawing. She drew because there was something wrong. So one day she stopped.

Then, when she was grown, an aunt bought her a notebook. The woman looked at it and thanked her aunt. She wrote down a story and joined a writing group. The teacher said she ought to put her story into a competition. The woman sighed but she did as she was told.

The woman decided that she needed to learn the tools to write stories. She had complicated ideas but couldn’t realise them on paper. So she went back to school. She told no one she could draw.

She passed and then showed them her drawings. They said – illustrate your stories.

So she did and the book got published. The publisher asked for another. Now she smiles and she writes and she draws.

Just because life gives you lemons and throws up obstacles should never mean you ought to give up. If anything you need to work harder – there is a way, you just have to find it. 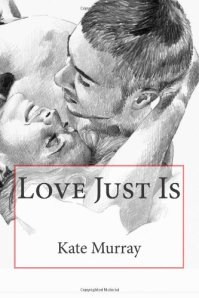 This post was inspired by the daily prompt – not lemonade.